The United Kingdom of Great Britain and Northern Ireland, commonly known as the United Kingdom (UK), Great Britain (GB), or Britain, is a sovereign state located off the north-western coast of continental Europe. The country includes the island of Great Britain, the north-eastern part of the island of Ireland and many smaller islands. After living in Scotland, Number Two separated with her Cêpan Conrad and they both travelled to the country's capital, London. England is also home to Stonehenge, a Loric burial site where one of the few Loralite rocks is found.

The Highlands in Scotland was the home of Number Two and Conrad before they fled to England following an altercation with Mogadorians where Conrad kills a Mogadorian Scout, alerting them to their location. Their safehouse is subsequently destroyed but Two and Conrad escape and travel separately to their safehouse located in London.

London is home to the Mogadorian London Base which occupies five floors of a skyscraper. This base has facilities that monitor the city's camera systems, suspicious and loric related internet posts and searching for strategic advantages. General Sutekh visits this base with Adamus and Ivan when tracking Conrad.

After a altercation with the Mogadorians in the Scottish Highlands, Conrad Hoyle escapes and travels to England where he intends to meet Number Two as they had split up at an unknown point. However, he is followed by a second scout team and ambush on a bus in London, during the battle the bus explodes and Conrad battles hard until he is killed, presumably by Ivan.

Adamus is left at the base, acting weak after awakening from his three year coma. He notices that a certain blog post has been flagged, an act of desperation by Number Two. Adamus finds her at an apartment and convinces her that he is a member of the Garde but she soon realises he is not, he attempts to help her flee but Ivan arrives before they can leave. He realises that Two is the next in line to be killed and slices her throat. Later, Adamus shows his first sign of defiance by questioning why Two had to die to his father. Consquently the General punches him in the face.

London is also the birthplace of Nigel Barnaby, a human garde. When he was 16 he went back to visit his mum after his dad died in Thailand. His mum, Bea however later burned the house down and killed Nigel’s detachment of peacekeepers in an effort to convince Nigel to join the foundation.

After Eight's second attempt to Teleport to New Mexico, Marina, Ella and Eight arrive at Stonehenge. Marina is amazed to be around such culture and is annoyed when

Eight begins lifting the rocks to find the Loralite rock buried somewhere nearby. Eight reveals that Stonehenge is a burial site for Loric people who died in battle. Suddenly the group hear guards coming and hide, but the guards discover Marina and Eight's Chests and start to get suspicious. Eight starts to knock over the stones to create a distraction and the guards frantically try to stop them. Whilst hiding from the guards; Marina, Eight and Ella continue to look for the Loralite and find it. Marina, outraged by what Eight has done, uses her Telekinesis to return all the stones back to their original place and Eight teleports them again. 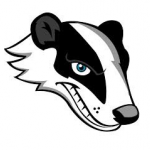 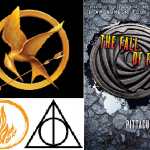 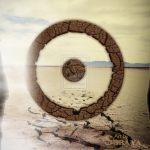