Even my mother, here stroking my hair, is a brutal warrior at heart, intent on killing the Garde.... As she gently takes my hand in hers, I’m imagining my mother plunging a sword into One’s back. Suddenly I don’t trust my own family.Adamus Sutekh

Susannah (Earth Name) is the mother of Adamus and Kelly Sutekh and the wife of General Andrakkus Sutekh. She is a rarity among Mogadorian women as she became pregnant twice and survived two births while infertility and death during child birth grows more and more likely in Mogadorian women. As was the case with Ivan's mother.

Adamus' mother was relatively gentle, much to the General's dismay, but being married to the General made it difficult for her to make friends as many feared her husband.

Susannah shows care and concern when Adamus awakes from his three year coma however Adam notes that he is aware that she is also a stone cold killer inside, intent on the death of the Garde like the other Mogadorians (The Fallen Legacies).

She is also relieved and happy to see that Adamus did not die in Kenya and takes care of him when he returns. However, when she hears that Adamus is a traitor to the Mogadorian cause she visits him, as he sits waiting for the memory transfer procedure that will kill him, looking for confirmation. When Adamus admits she walks away and he doesn't see her again (The Search For Sam).

Susannah is evacuated, along with the other residents of Ashwood Estates, after the earthquake, created by Adam, which caused destruction and extensive structural damage.

It is unknown what had happened to her during the Mogadorian Invasion of Earth. She was not captured and taken to the Mogadorian Prison Camp in Alaska and Adam speculates that she could have died fighting in the invasion or she could be in hiding. Part of his hopes that she will be brought to the camp but he worries about whose side she will be on (United as One). 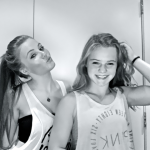