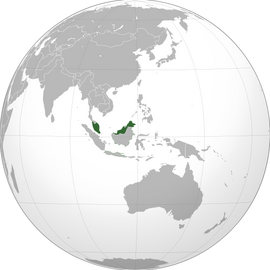 Banks of the Rajang River

Malaysia is a federal constitutional monarchy in Southeast Asia. After constant bad behaviour from Number One, Hilde decides to make a desperate move to Malaysia where they attempt to hide in an abandoned hut along the Rajang River.

Number One and Hilde flee to Malaysia after One is arrested and her Loric Scar is photographed by the police in California. They find shelter in an abandoned hut near the river.

Meanwhile, a younger Adamus Sutekh, a Mogadorian, filled with bloodlust like his people, travels to Malaysia with his adopted brother Ivanick and his father Andrakkus in order to witness the capture of the Garde that they have located. Adamus watches from a distance as the Mogadorians find One and Hilde and attack.

Hilde shows she is skilled in fighting and takes down many Mogadorians before she is shot in the chest by a Mogadorian Blaster. One is filled with grief and discovers her Earthquake Generation legacy, Hilde is close to death and tells her to run. One fights hard and kills many Mogadorians, but when it is discovered that she can be hurt, she is quickly overwhelmed and stabbed through the back with a Mogadorian Sword.

After witnessing this, something changes in Adamus' attitude though he initally denies it. The death of One in Malaysia marks the beginning of Adam's rebellion.

Retrieved from "https://iamnumberfour.fandom.com/wiki/Malaysia?oldid=72253"
Community content is available under CC-BY-SA unless otherwise noted.