I Am Number Four Wiki
Register
Don't have an account?
Sign In
Advertisement
in: The Lost Files, E-Book, Lorien Legacies

The Lost Files: Legacies Reborn is the thirteenth installment of The Lost Files is confirmed for release on 24th November 2015. It is the first in the fifth trilogy of Lost Files, Zero Hour, which will be included in a paperback bind up to be released in May 2016.

In this game-changing 100-page companion novella to the New York Times bestselling I Am Number Four series, the Mogadorian invasion of Earth has begun and one teenager's life will be forever changed.

At first, Daniela Morales thought the spaceship attacking New York City on the television was just part of some science fiction movie. Then the horrible truth became clear: it was happening in real life. Aliens do exist, and they were invading the planet.

Unable to reach her mother, Daniela makes it her mission to get to her mom's job downtown to find her. But with the city under fire, trying to make it from her apartment in Harlem to the Financial District proves nearly impossible—until Daniela makes an incredible discovery. When a squad of Mogs get the jump on her, she is somehow able to throw them across the street, using telekinesis. Daniela doesn't know where this power came from or why she suddenly has it, but she is sure as hell going to use it. Aliens are tearing up her city and she'll destroy every last one of them that gets in her way. But when she comes face-to-face with the Garde, will she be a friend or a foe?

On the day that the Mogadorian ships descend on Earth, Daniela is eating with her Mother Roxanne and Benny at a diner in Manhattan. An argument ensues when Daniela's Mother agrees to buy her new headphones. Daniela walks her Mother to the subway where she heads off to work at a restaurant in Manhattan.

Later, Daniela gets a call from her mother telling her to get home as soon as possible, she hears banging before the line goes dead. On the news she watches reports of the Mogadorian Invasion which claim that they are taking prisoners and sees clips of John Smith fighting. Daniela and Benjamin, armed with a baseball bat, listen as the Mogadorians enter the street and then their building. Benny sacrifices himself for Daniela as she escapes.

As three Mogadorians corner Daniela, she develops a telekinetic ability while trying to protect herself from them.

On her way to finding her mother, Daniela meets up with a group of about fifteen people. Some are elderly, others are young. She fights her way through squadrons of Mogs in a destroyed Manhattan. People are confused by her powers and think she's Loric, like John Smith. After fighting through a couple squadrons of Mogs and dropping that group off at a cathedral, she sees people in a University, including cops and armed people, fighting back the Mogs. Some Mogs die, but they end that resistance. Daniela gets on board a bus with a bunch of other people. They try to get to the Lincoln Tunnel, but it is destroyed. Daniela gets off the bus before it gets to the Brooklyn Bridge, and she makes it to an abandoned bank where three criminals are robbing it. The three criminals are killed by arriving Mogadorians, but John and Sam come in and kill the Mogs.

She meets with John and Sam, and travels with them, and takes them to the Subway tunnels. After John passes out, Sam and Daniela talk to each other, and become friends. Once the soldiers intercept them and take them to the bridge camp, Daniela leaves John and Sam and looks for her mother at the Red Cross. She learns that the restaurant her mother works at was hit badly during the invasion, and her mother is most likely dead. She realizes this, and runs to find John and Sam and fight for Lorien and Earth. 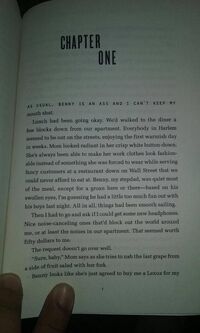 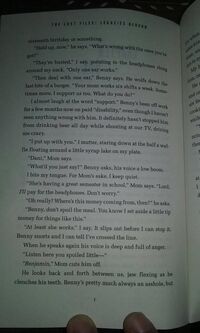 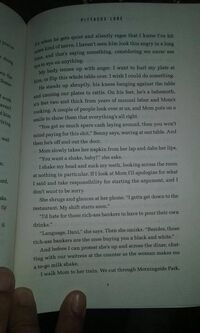 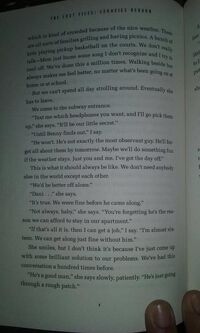 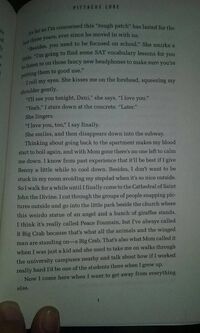 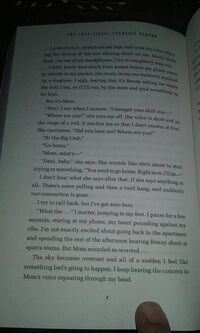 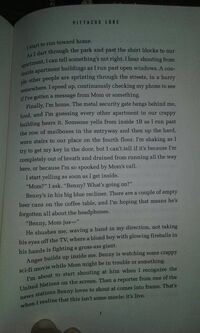 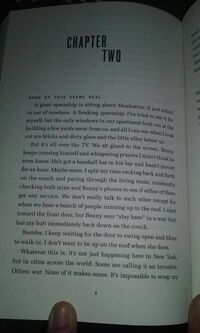 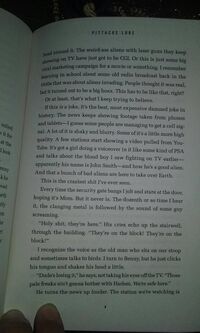 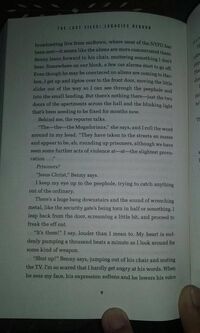 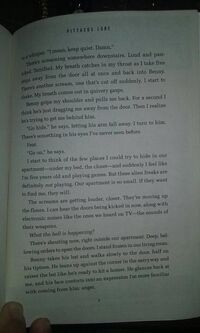