I Am Number Four Wiki
Register
Don't have an account?
Sign In
Advertisement
in: E-Book, Supplementary Works

Eight's Origin is a Lost Files bonus which gives an insight into Number Eight's life in the Himalayas.

The mini-story centers around Eight after the death of his Cêpan Reynolds. Eight lives alone in a cave in the mountains. He occupies himself with swimming and running and getting stronger.

One day a black rabbit appears and is not scared by Eight, it becomes someone to talk to and eventually Eight finds that he too has turned into a black rabbit - the discovery of his Shapeshifting legacy. The two rabbits play together until the other rabbit is scared away.

Eight uses his rabbit form as a disguise so that he can search for food safely. Soon he smells someone nearby and investigates, finding an old man, Devdan, meditating on a rock. Eight teleports and returns in his human form to talk to the man. Devdan somehow knows about Eight's ability to shapeshift, remarking how much power Eight has.

Devdan offers guidance to Eight, teaching him about Vishnu and Hinduism and Indian martial arts as well as guidance on developing his legacies.

Soon, however, the day arrives when Devdan no longer returns to the same training spot and Eight never sees him again. 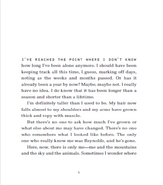 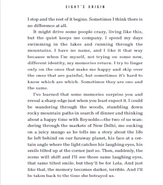 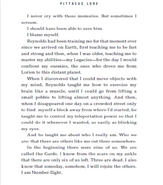 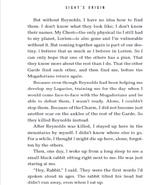 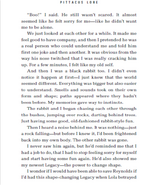 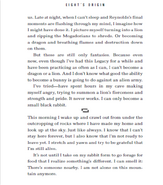 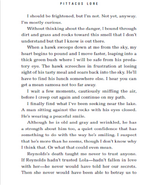 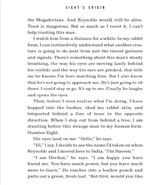 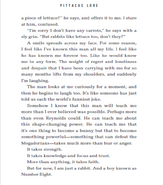